The origin of the Fibonacci Sequence

The Fibonacci sequence is a series of numbers where a number is found by adding the two previous numbers in the series.  Starting with 0 and 1, the sequence is …

We can write a “Rule” for the Fibonacci sequence that would explain how we get the numbers in the series.

Fibonacci numbers (the numbers found in the Fibonacci sequence) can be found in nature.  If you look at flowers carefully you will notice that most flowers have a Fibonacci number of petals.  The lily and the iris have three petals, the pink and the buttercup five, the delphinium has eight petals, the marigold 13, the aster 21 and daisies either 55 or 89. 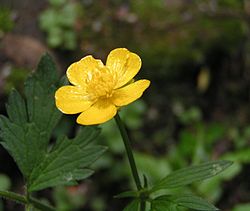 Pinecones, pineapples,  cauliflower, and sunflowers also have Fibonacci numbers in spiral arrangements.  In these cases you can count spirals clockwise and counter clockwise. The number of spirals you can count in both directions are consecutive Fibonacci numbers.  Pineapples typically have 5 and 8 spirals, or 8 and 13 spirals.  Spruce cones tend to have 8 and 13 spirals.  Sunflowers can have 21 and 34 , or 34 and 55 spirals- sometimes they can have as many has 144 and 233.

Fibonacci numbers as seen in pinecones

The Fibonacci sequence got its name because the terms appear in mathematician Fibonacci’s book Liber Abaci, in a problem about rabbits.  It should be noted that the sequence was named “The Fibonacci Sequence” more than 600 years after the book was published when in 1877, when Edouard Lucas (a number theorist) was studying the sequence found in the book and decided to pay tribute to Fibonacci by naming the sequence after him.

The sequence was set up in Liber Abaci in the following way: Say we have a pair of rabbits, and after one month, the pair gives birth to another pair.  If every adult pair of rabbits give birth to a pair of baby rabbits every month, and it takes a month for the baby rabbits to become adults, how many rabbits are produced from the first pair in a year?

We can find the answer to this question by counting rabbits month by month.

The Fibonacci sequence is the month to month total of pairs:

So there you have it the answer to the question is 232 pairs of rabbits are produced from the first pair in a year.